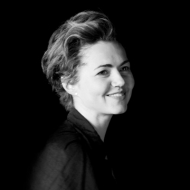 She has studied cinematography at the National Filmschool of Denmark, and won Best Cinematography at Den Norske Studentfilmfestivalen, 2016 and London Independent Film Awards 2017 for her graduation film called Melon Rainbow.

Currently Sine is based in Copenhagen, Skandinavia, but works internationally and has DP´ed in Russia, the Czech Republic, Liberia, Portugal, Italy, Greenland, UK and the US.