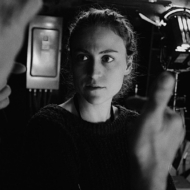 She’s a third-culture kid, born to third-culture parents. For Nyssa, this meant growing up on the move, throughout Europe and the U.S. Nyssa grew up in a multilingual home where German, Spanish, French and Dutch were all part of the communal chatter.

Nyssa’s semi-nomadic upbringing forced her to constantly question her identity and place within cultures. This sparked an intense empathy for those around her and a desire to share stories of those who live differently.

Nyssa has always found a home in storytelling, whether through a book, film or a static image. She was drawn to cinematography as a way to expand her ability to share stories with others.