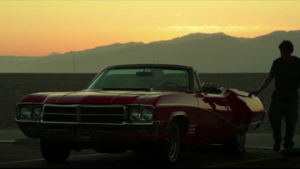 Born in Romania, raised in Toronto, Ioana currently works as a Cinematographer out of Los Angeles. With a background in painting and sculpture, she found her passion in Cinematography and studied film-making at Ryerson University. Since then, she has shot a wide range of projects from feature films to music videos, commercials, network pilots and episodic web content; coordinating multiple and single camera shows. Her collaborations with emerging and established artists have given her opportunities to DP a diverse list of films – from the visionary (Thom Pain, starring Rainn Wilson) to the visually inventive (Drafthouse’s ABCs of Death 2). Her films have screened at TIFF, Fantastic Fest, Fantasia, World Wide Shorts, Toronto After Dark and Newport Beach Film Festival. Among the dozens of music videos Ioana has shot, she has captured performances by Snoop Dogg, Feist, New Found Glory, New Years Day, and The Stills. Commercial brands she has worked with include Amazon, Smuckers, and Western Digital. Ioana enjoys working on the unconventional film as much as the highly polished commercial, and her ability to manage a strong crew allows her to work efficiently and creatively to deliver the director’s vision.