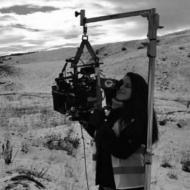 Georgina developed her artistic skill set by attending several studies in Visual Arts, Photography, Filmmaking, and Dramaturgy. She graduated from Argentinian National Film School (ENERC) with the Cinematography of Propaganda Triplets! short film which was screened in 2006 at La Biennale Cinema - 63º Venice International Film Festival and 54º San Sebastian International Film Festival. She specializes in analog film, digital media, and post-production processes which give her the experience to collaborate and experiment with a mixture of filmmaking techniques.

Since then, she has worked as a Cinematographer in documentaries and feature films such as To Kill a Dragon (2020) directed by Jimena Monteoliva, Fernando Salem’s feature film Death Doesn’t Exist, and Love Doesn’t Either (2019), and No way to say goodbye (2020) a creative documentary by Bulgarian director Plamena Slavcheva.

During these years, Georgina received awards and creative funds for her artistic collaboration in different projects; she has been selected to participate as a Cinematographer Talent at 5th Talent Campus at 57º Berlinale, and also awarded with the Vilmos Zsigmond ASC Founder Grant for an Expanded Cinematography in Los Angeles. She is a member of the Argentinian Cinematography Authors (ADF) and Free The Work platform.