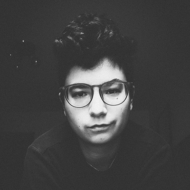 Their first feature film Fairytale, directed by Eli Hershko,  premiered at the Beverly Hills Film Festival (USA), and got awarded for best director and best actress in a feature film.

Their commercial work includes clients like Chipotle, MasterCard, Biktarvy  amoung others.

Charlotte is a member of CinematographersXX and ICFC.