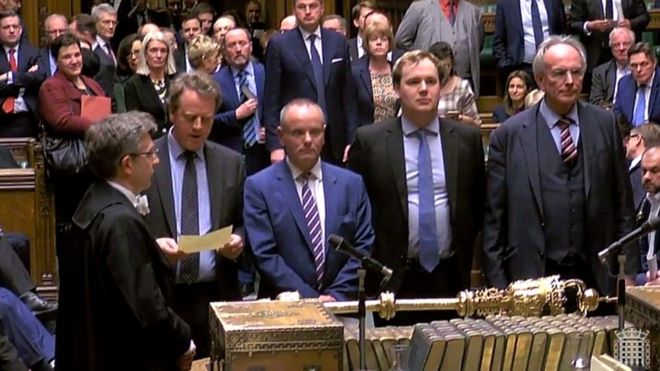 It means the UK may not now leave on 29 March as previously planned.

Mrs May says Brexit could be delayed by three months, to 30 June, if MPs back her deal in a vote next week.

If they reject her deal again then she says she will seek a longer extension – but any delay has to be agreed by the 27 other EU member states.

Most Conservative MPs voted against delaying Brexit – including seven cabinet members – meaning Mrs May had to rely on Labour and other opposition votes to get it through.

Theresa May has long insisted that the UK will leave the EU on 29 March with or without a withdrawal deal.

But she was forced to offer MPs a vote on delaying Brexit after they rejected her withdrawal agreement by a large margin, for a second time, and then voted to reject a no-deal Brexit.

She has warned that extending the departure date beyond three months could harm trust in democracy – and mean that the UK would have to take part in May’s European Parliament elections.